Greyhawk: Return to the Classic

The County of Urnst is a political state in the World of Greyhawk. It is situated on the east coast of the Nyr Dyv, and bordered by the Duchy of Urnst to the southwest, The Kingdom of Nyrond to the south and east, and the Bandit Kingdoms to the north. The Capitol of the County is Radigast City.

Originally part of the much-larger seminal Urnst nation, the County of Urnst was established as a distinct protectorate nation by Overking Jirenen of Aerdy in 189 CY. Owning by far the most fertile land of any nation bordering the Nyr Dyv, Urnst stood as the breadbasket of the region for many years, supplying wheat as far afield as Calbut, in the duchy of Tenh.

When Nyrond broke from the Great Kingdom, it entered a period of expansionism, swiftly capturing the County of Urnst in a brief and surprising series of charges toward the capital. Most Urnstmen bitterly resented the occupation years, during which their own aristocracy (largely Suel, with strong ties to that of the duchy) was integrated with arrogant nobility from Nyrond. This resentment rarely erupted into physical conflict, however; the people of Urnst enjoyed a much better fate than the Pale under similar circumstances.

A half-century after the Great Council of Rel Mord, the County of Urnst became a palatine state under the protection of the richer and more powerful Duchy of Urnst, a political situation that continues to this day.

If the County of Urnst is subservient to its southern cousin, it certainly doesn’t act like it. The ruling house of Urnst, the Gellors, has long displayed a well-deserved reputation of determined individualism. The current countess, Belissica, enjoys a popularity unparalleled among most Flanaess rulers. A consummate politician and diplomat, she enjoys warm relations with the people of the duchy and even has the respect of the Rhennee and certain supposedly pro-Iuz Bandit Kings.

For a time, in the middle of the Greyhawk Wars, it seemed that the two Urnst nations might combine to form a single nation, not unlike that which existed in centuries past. Nobles from Port Toli to Marner speculated upon a marriage between the countess and Jolen Lorinar, Duke Karll’s eldest son. In preparation of the event, the courts of Urnst grew ever closer, sharing key advisers and functionaries. The union, however, never occurred. How the young southern lord possibly could have rebuffed the ravishing and even-tempered countess is a subject of much speculation and has led to many disparaging comments about the young lord and a drastic cooling of relationships between the nobility of the two lands.

Urnst saw little fighting up to the last two years of the Greyhawk Wars, though refugees from all corners of the central Flanaess crowded the streets of Radigast City and the cities nearest the Nyrond border. Though these folk came bearing tales of horrible suffering and unparalleled fear, the countess soon noted that many of them also came with full purses and a lifetime of accumulated wealth hastily stuffed into pockets and chests. Thanks to a number of new taxes suggested by Urnst’s canny Minister of Finance, Eckhard, much of that wealth now lines the government’s coffers, making Urnst one of the few countries to leave the war years far, far better off than it arrived. Urnst has used its wealth and increased prestige to greatly aid Nyrond, both by bankrolling the struggling nation and by providing soldiers for the Almorian Campaign. The scars of the Nyrondal Occupation seem finally to have healed. From the point of view of the countess’s court, having one of the most powerful nations on the continent owing you several hundred favors does much to erase old wounds. 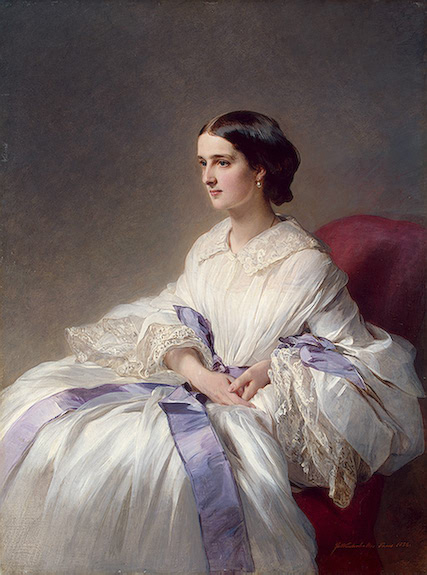 Unmarried, Belissica ages gracefully, keeping about her a number of romantic consorts (many of whom are well-placed in the courts of neighboring lands), never staying with a single partner for more than a handful of months. Shortly after the end of the Greyhawk Wars the Countess made a staggering move. She ennobled a well respected Paladin of Pelor to defend her Northern border. Dola Tranith Doenairian took charge of the army stationed in the North and held off the advancments of Iuz single handidly while the Duchy of Urnist debated wether or not to send troops at all. Her nobles who had been shouted down by Doenairian and had their forces seized under his command insisted some form of recompence be demanded from this young upstart. The Countess determined that the only recompence that would be suitable would be for this man to continue this job for the rest of his days, hardly what the nobles had in mind. This alone was shocking enough but what came next nobody could of forceseen. She made Doenairian Duke of the Northern Reaches, declairing that each land must determin their rankings and postions of power for themselves and in the County of Urnst a Duke answers to, and only to the Countess. She went on to declair:

It is in our hour of greatest need that we realize who our friends really are People from distant nations mobilized forces and resources to help us. Some with whom we had had very little interaction with in the past.

It is with sadness that our two greatest friends and allies have not come to our aid. The Kingdom of Nyrond remained camped behind its borders in spite of our pleas for help. Our liege, the Duke of Urnst did nothing to help us in our dark hour.

Before you all on this day, I, Rachel Belissica the First, born of the house of Gellor , Countess of Urnst, declare this County officially independent of all allegiances to the Duchy of Urnst.

As a friend and a sister, I extend a hand in friendship to both Duke Ellis and King Lynwerd that we may renew ties of friendship.

May the Gods look favorably upon us. You all have made this possible. The people of Urnst look to the future with optimism and hope. This is your gift to them. We ask now that you continue to give it.

Shortly after this speech the King of Nyrond offered a formal appology for not being on hand as the County ever had for the Kingdom. To show their renewed unity Lynwerd built the first perminant embassy inside the newly independant borders of the County of Urnst.

Since the end of the war the County of Urnst has done what it can to aid the fallen realm of the Shield Lands. Belissica knows, however, that little is gained from helping Ehyeh III, the struggling duke of Tenh, who rules his refugee people from his exile in Radigast City. The countess attends his requests for personal meetings and funds his court (if modestly). Occasionally, she even offers the fallen duke some of her troops, if a given military action seems well thought out and offers little risk to her soldiers. She knows that embroiling herself in a struggle between the Tenha, Iuz, the Fists, and the holy armies of the Pale can do Urnst no good. Belissica is noble and righteous; she is also wise. The key to retaking Tenh does not lie in Radigast. This aside she gives Ehyeh open access to her champion in the North and pays close attention to their work.

The County of Urnst has held its current borders for centuries. Nestled along the pleasant coast of the Lake of Unknown Depths, much of the nation’s economy comes from mercantile pursuits. Urnst’s eastern border, along the Stone Road and Franz River, was once heavily garrisoned against threat of invasion from Nyrond. Now, old keeps and castles are used once again, this time to keep track of the swarms of refugees seeking better life in the west. The great plains of Urnst account for its staggering production of foodstuffs in every part of the nation. Though small forests and woodlands dot the plains, Urnst is not known for its wilderness. The influx of refugees has ensured that free farmsteads and even brand-new lordships can be found almost anywhere. The great towns and villages of the County of Urnst are connected by a brilliantly designed and well-cared-for series of roads, fashioned in the (some say magical) style of the old Great Kingdom. Indeed, much of the great architecture and infrastructure of Urnst can be traced to the Aerdy occupation, a fact that does not go unappreciated despite the distrust most Urnstmen feel toward nations to the east. Urnst maintains a small but efficient squadron of warships on the Nyr Dyv, stationed in the largely military town of High Mardreth. A standing army of some three thousand horse and footmen stock key garrisons along the northern border and throughout the nation. Noble levies can raise ten times that number in a week or two. For the most part the defence of the North is left up to the Duke of the Northern Reaches, a position created shortly after the Greyhawk Wars.

The County of Urnst has cultivated a long list of allies under Countess Belissica with a strong ally in the Kingdom of Nyrond. After her declaration of Independence from the Duchy of Urnst many said that she bought that freedom with the money she paid to Nyrond during the war. The County also has long standing relationships with Greyhawk, Flinty Hills, and the Pale. The Countess has also tied her nation very closely with Tenh giving the exiled nobles and refugees a place to live inside her borders.

There has been incredibly rocky relations with the Duchy of Urnst since the split, the countess has managed to keep favor with the commoners which is probably the only reason why the two have not gone to war. There is also ever looming concerns from the Bandit Kingdoms, the Bone March and the Empire of Iuz.

Because of their closeness to the Pale the worship of Pelor is incredibly wide spread throughout the County. Radigast City was actually one of the first areas outside of Pale to receive a Cardinal. The worship of Heironeous, as well as Saint Cuthbert and the Trinity are wide spread as well. Though not as previlaent as the others the Oeridian agricultural gods, as well as Xerbo, Zilchus, halfling pantheon, Norebo, Boccob are all worshiped in the County.

The County of Urnst has over 680,000 inhabitants with the far largest percentage of those people being Humans. The next largest group is Halflings, the fine farming land and quite lifestyles making it a perfect place for many of them to set up their homesteads. After that Elves, Dwarves, then Gnomes.

Ascendant campaigns can view previous versions of their pages, see what has changed (and who did it), and even restore old versions. It's like having a rewind button for your campaign.

We've already been saving your edits, so if you upgrade now you will have instant access to your previous versions. Plus, you have our no risk refund guarantee , so there's nothing to lose.

I'm sorry, but we no longer support this web browser. Please upgrade your browser or install Chrome or Firefox to enjoy the full functionality of this site.